Further Adventures on an Aironaut
Part II of The Aironaut Review

In Dec 2014, I tried out the Aironaut on a 12-day sea kayaking expedition in the Philippines. The expedition was semi-supported, and in this case we didn't have to carry tents and food. We just had to carry our 12-day gear plus water (together about 40kg). It was the NE Monsoon and there was 15-20km/hr wind blowing on most days, with northerly swells of 1-2meters common, sometimes reaching 3 meters on some sections. It wasn't rainy and was hot. Most of the paddling was circumnavigation of islands and there were a few crossings with distance of 4-10km on some days. Most days averaged 30km of paddling.

The other paddlers on the expedition were on Feathercraft Wispers, XPs, and there were also 4 paddlers on 5-meter long plastic hardshell sea kayaks. So it provided a good performance comparison with the Aironaut thrown into this kayak group.

Capacity
It had a seemingly larger capacity than the same-length Feathercraft Kahuna, since its flexible deck allowed luggage of unwieldy size to be squeezed into the kayak. There were no problems loading more than 18kg of water, and a couple of 30L dry bags on each end. Because it was an inflatable kayak however, the kayak can only be loaded on the water. Once heavy, it was impossible to carry the kayak without bending it out of shape. So loading on the water must be quick and pre-planned, especially in surf conditions. Otherwise, find a calm spot.

Deck space
Without a loaded Aironaut, the deck space was dead - just too flexible to even fix a compass properly. But with a fully stuffed kayak, I could attach a deck bag, affix a compass, and perhaps even a sail set. On this trip I did not attach a portage bag to the stern deck since everything fit inside the kayak. A stern attached portage bag would be necessary on longer expeditions, where interior space was simply not enough.

Effects of 40kg (on the sea)
Being loaded seemingly caused the kayak to track better, and having a "ballast" made the kayak moved with more purpose.

The one negative effect of load was surf landing. In one such surf landing when I took my eyes off the waves, I was tipped over and rolled. Water collected inside the Aironaut together with the 40kg load made it impossible to recover the kayak. The kayak felt like jelly inside the water and it was with considerable jigging that I was able to empty half the water, and then pumped out the rest.

I could imagine some challenge if one capsizes in the middle of a sea, having to manage a loaded jelly kayak. It would not be rollable. And if the sea conditions are rough and you are alone, it would be a very risky situation. A sea sock becomes ever more important for an Aironaut than any other kayaks. It prevents the water from flooding the kayak to such a weight that it becomes dangerous. While I find the sea sock stuffy in tropical conditions (plus it hides all the gear I want access to anytime), I would certainly think hard about using it at the next expedition.

In Bohol, I also realised that there was a need to pressurise the chambers now and then. This could be due to higher temperature differentials, load, etc but it does mean the pressure release valves were doing their work. The K-pump became very useful (even important) both on and off the water, since I could give the kayak a few pumps of air sitting inside my cockpit. An Aironaut that was not 100% inflated also gave less than 100% performance.

Effects of 40kg (on land)
Two words - hard work! The Aironaut cannot be carried loaded, so it must be unloaded after landing before it can be carried safely on shore. I had 40kg of load, which included 15 water bottles, it was hard work bringing so many individual items, to and fro, up to the shore. It would be better if I had the load organised into 3-4 bags to minimise the tiring commuting. The happy ending was I could carry the ultralight empty kayak easily after it was unloaded while the heavy plastic sea kayaks required men-handling.

Performance (with load)
In Bohol Philippines, there were many days with high waves and strong winds. Sometimes the winds and waves were behind us, sometimes in front, and sometimes side, sometimes cross. In all conditions the Aironaut was able to keep up with the Feathercrafts and hardshell kayaks. There was a saying "stability before speed", meaning you would rather have a stable kayak and paddle consistently, than a tippy/fast kayak having to do lots of bracing strokes. The stable Aironaut created a rather brazen attitude on a rough sea.

The Aironaut was such a stable kayak that even waves coming from behind were dismissed. Bracing was hard to do (anyway not really necessary due to the stability) as the two bracing straps gave little support. The surfing was lethargic unless the waves are big (>2 meters). Feathercraft's cockpit (same for Aironaut and folding kayaks) gave excellent hold for the sprayskirt and this kept out the water.

We might think that the lightweight kayak would be toss around by the wind. The Aironaut held its course very well in cross winds, when compared to the folding kayaks and hardshells sea kayaks on the expedition. When directions decided to go haywire, it was easier to correct (directions) when on top of the waves and much easier to manoeuvre a lighter kayak in confusing sea states.

The Aironaut's speed however suffer when there were stretches of flat water. It was then harder to maintain parity with the longer sea kayaks. The footrest, as expected, was not much use when the kayak was stuffed full of gear. It was easier to kick on the gear bag in front of you than the footrest itself.

On long days sitting inside the Aironaut, I wished the bottom seat pad could be more puffy. The back support was excellent but the seat pad was not comfortable for me. It had a strange bridge in the middle that caused me slight abrasion and after a day, I deflated it completely. Instead I tried sitting on my paddle float for a couple of hours to seek relief but quickly abandoned this method on rougher seas. Whenever I needed to relax my feet, the roomy cockpit allowed me to just extend my legs (i am 1.82m tall) out for a nice stretch.

Survivability
With the excellent pressure release valves, welded seams, and expensive skin, the Aironaut is a very durable sea kayak. There is nothing to be broken. A simple repair kit would take care of most cuts and abrasions on the field. On this expedition, this Aironaut survived rough waves, coral landings, being carried while fully loaded, and multiple days of paddling in hot weather.

Final Thoughts
The Aironaut is a comfortable and dependable sea kayak suitable for most sea kayak expeditions. For paddlers with extensive experience in foldables or hardshell sea kayaks, it takes some time to adjust to the Aironaut. It is a kayak that can do everything, just that these would be done differently from the normal sea kayaks that we are used to. Still it is an inflatable sea kayak, to use the Aironaut safely on an expedition means understanding its limitation. 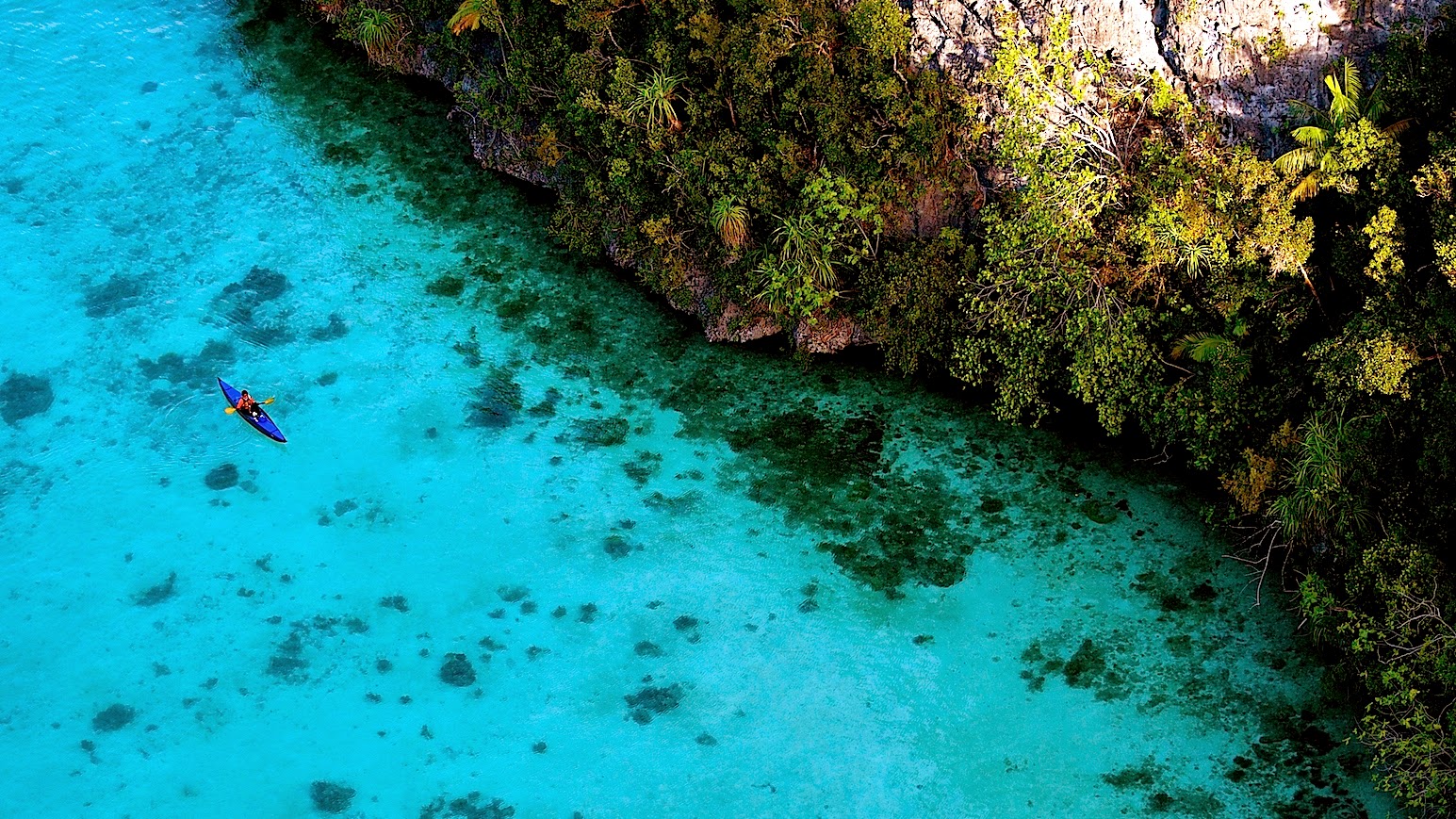 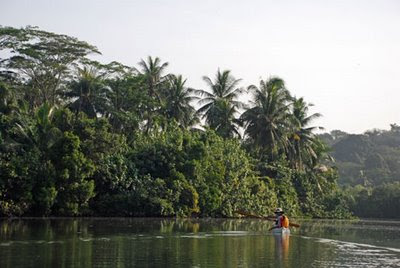 fullmoon
Life should be about love, freedom, and truth! That such guiding lights exist already make many parts of it beautiful. My BIG BIG dream is to be able to kayak everywhere in Asia. 生活應該是關於愛、自由和真相! 我的夢想是用我的折疊舟到處探索亞洲。